Mr. Mark Duff has held the position of President and CEO of the Company since September 2017. Since joining the Company in 2016, Mr. Duff has developed and implemented strategies to meet aggressive growth objectives in both the Treatment and Services Segments. In the Treatment Segment, he continues to upgrade each facility to increase efficiency and modernize treatment capabilities to meet the changing markets associated with the waste management industry.  This growth includes expansion into additional market sectors including development of new clients in the commercial power along with oil and gas industries. In the Services Segment, which encompasses all field operations, he has completed the revitalization of business development programs which has resulted in increased competitive procurement effectiveness and broadened the market penetration within both the commercial and government sectors. Within the Services Segment, Mr. Duff has established a team of professionals with experience in conducting safe and efficient field operations while addressing complex technical challenges associated with removal of radioactive and hazardous contamination. Mr. Duff has over 37 years of management and technical experience in the DOE and DOD environmental and construction markets as a corporate officer, senior project manager, co-founder of a consulting firm, and federal employee. Mr. Duff has an MBA from the University of Phoenix and received his B.S. from the University of Alabama.

Dr. Centofanti, the founder of the Company and a director of the Company since its inception in 1991, currently holds the position of Executive Vice President of Strategic Initiatives. From March 1996 to September 8, 2017 and from February 1991 to September 1995, Dr. Centofanti held the position of President and CEO of the Company. Dr. Centofanti served as Chairman of the Board from the Company’s inception in February 1991 until December 16, 2014. In January 2015, Dr. Centofanti was appointed by the U.S Secretary of Commerce Penny Prizker to serve on the U.S. Department of Commerce’s Civil Nuclear Trade Advisory Committee (“CINTAC”). The CINTAC is composed of industry representatives from the civil nuclear industry and meets periodically throughout the year to discuss the critical trade issues facing the U.S. civil nuclear sector. From 1985 until joining the Company, Dr. Centofanti served as Senior Vice President of USPCI, Inc., a large publicly-held hazardous waste management company, where he was responsible for managing the treatment, reclamation and technical groups within USPCI.  In 1981, he and Mark Zwecker, a current Board member of the Company, founded PPM, Inc. (later sold to USPCI), a hazardous waste management company specializing in treating PCB-contaminated oil.  From 1978 to 1981, Dr. Centofanti served as Regional Administrator of the U.S. Department of Energy for the southeastern region of the United States.  Dr. Centofanti has a Ph.D. and a M.S. in Chemistry from the University of Michigan, and a B.S. in Chemistry from Youngstown State University.

Mr. Naccarato has served as the Company’s CFO since February 2009. Mr. Naccarato joined the Company in September 2004, holding the positions of Vice President of Finance for the Company’s Industrial Segment until May 2006, when he was named Vice President, Corporate Controller/Treasurer. Mr. Naccarato has over 34 years of experience in senior financial positions in the waste management and used oil industries. From December 2002 to September 2004, Mr. Naccarato was the CFO of a privately held company in the fuel distribution and used waste oil industry. Mr. Naccarato is a graduate of University of Toronto with a Bachelor of Commerce and Finance Degree and is a Chartered Professional Accountant, Certified Management Accountant (CPA, CMA).

Mr. Lombardo, a Certified Health Physicist (“CHP”), has over 39 years of management and technical experience in the commercial nuclear reactor market, and the DOE and DOD environmental and construction markets as a senior director, senior project manager, senior CHP and chemist. Prior to joining the Company, Mr. Lombardo held the position of Vice President of Technical Services for Safety and Ecology Corporation (‘Safety and Ecology”), a subsidiary of Homeland Security Capital Corporation, a publicly traded environmental services company, prior to the acquisition of Safety and Ecology by the Company in 2011. In his positions with both the Company and Safety and Ecology, Mr. Lombardo procured and performed greater than $30 million a year in health physics and radioactive material management projects across the DOE and DOD complex while managing a professional staff of engineers and health physicists and an instrumentation laboratory. Among his many accomplishments, Mr. Lombardo has developed an expertise characterizing and managing naturally occurring radioactive material (“NORM”) and technologically enhanced NORM (“TENORM”) waste streams across multiple industries including oil and gas exploration and production. As a result of his expertise, he was appointed to a scientific committee of the National Council on Radiation Protection and Measurement to provide a commentary on the generation and disposal of TENORM waste. Mr. Lombardo began his career as a chemist and health physicist for the Duquesne Light Company at two commercial reactor sites and one joint DOE/Naval Reactors Duquesne Light test reactor in Shippingport, PA. Mr. Lombardo is certified in comprehensive practice of health physics, and has a M.S. degree in Health Physics from the University of Pittsburgh and a B.S. in Natural Sciences from Indiana University of Pennsylvania.

Mr. Grondin has held the position of EVP of Waste Treatment Operations since July 2020. Since joining the Company in 2002, Mr. Grondin has held various positions within the Company’s Treatment Segment, including Vice President of Technical Services, Vice President/General Manager of the Perma-Fix Northwest Richland, Inc. Facility and Vice President of Western Operations. Mr. Grondin, a Project Management Professional, has over 35 years of management and technical experience in the highly regulated and specialized radioactive/hazardous waste management industry with the majority of his experience concentrated on managing start-up waste management processing and disposal facilities for four different organizations in the commercial and government sectors. Prior to joining the Company, Mr. Grondin held the position of Vice President of Mixed Waste Operations for Allied Technology Group in Richland, Washington; Vice President of Operations for Waste Control Specialists in Andrews Texas; and Technical Manager/Director of Operations for Rollins Environmental Services Facility in Deer Trail, Colorado. Mr. Grondin is recognized in the United States and Canada as an authority in hazardous and mixed waste treatment. Mr. Grondin has a Diploma of Collegial Studies in Pure and Applied Sciences from CEGEP of Amiante (Thetford-Mines, Canada) and Analytical Chemistry Techniques from CEGEP of Ahuntsic (Montreal, Canada), a Geography minor from Montreal University (Montreal, Canada) and a Certificate of Business Management from the School of Higher Commercial Studies from Montreal University (Montreal, Canada). 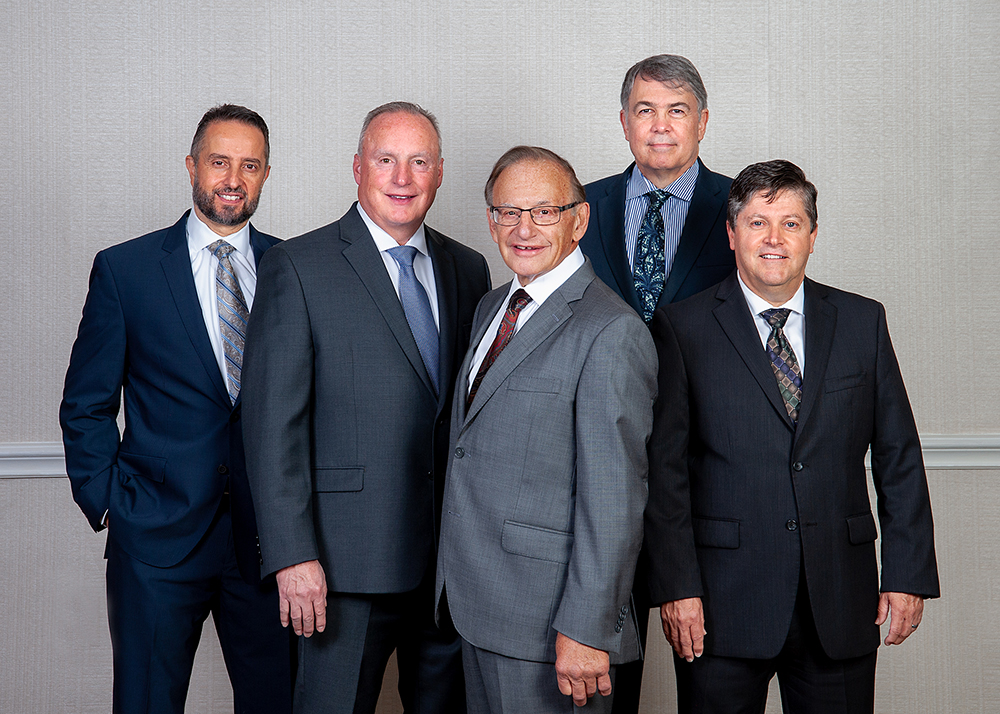